All the functions and optional working ignition regimes can be set by a personal computer. For this reason there is an Ignition Control application that also enables online visual control of real values of turns, pre-ignition (set-up time). Connection with PC is realized with RS232 cable. For USB connection, you would need a RS232 / USB converter, is not part of the set.

The pre-ignition directing is realized by the ignition microprocessor which sets the delay time of ignition (the ignition advance) according to the specified curve and actual turns. Just one digital input can change over the ignition curves. The pre-ignition directing is realized by the conversion of asked pre-ignition curve into schedule of time delays. Depending on actual turns of a motor the individual time delays are chosen from the schedule and via the microprocessor exactly measured and that is how the final effect of set up directing works. 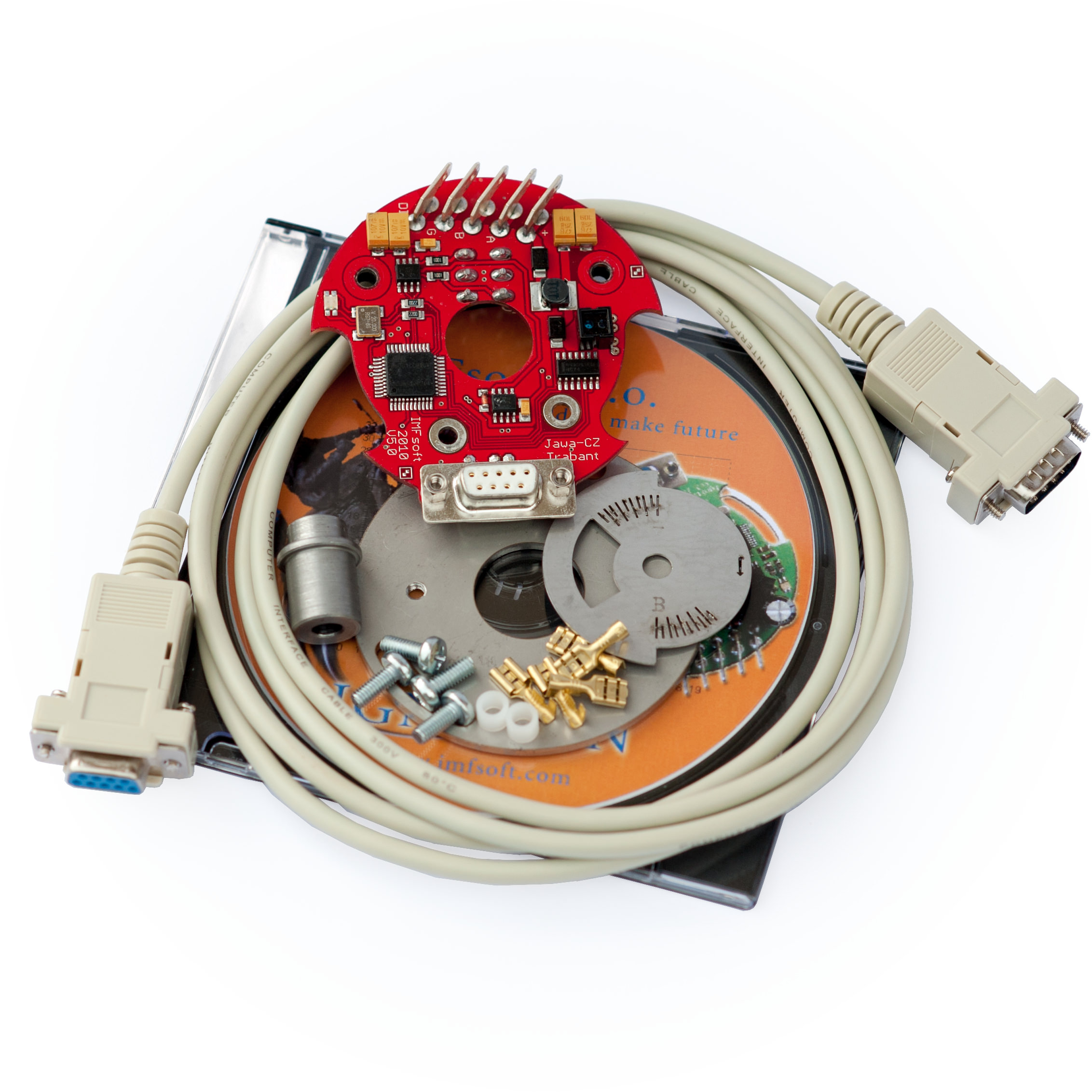 Input DI1 needn't connect. It is extension function only. For engine with one inductors you must connect 1a output only

Wiring scheme with plus on the frame 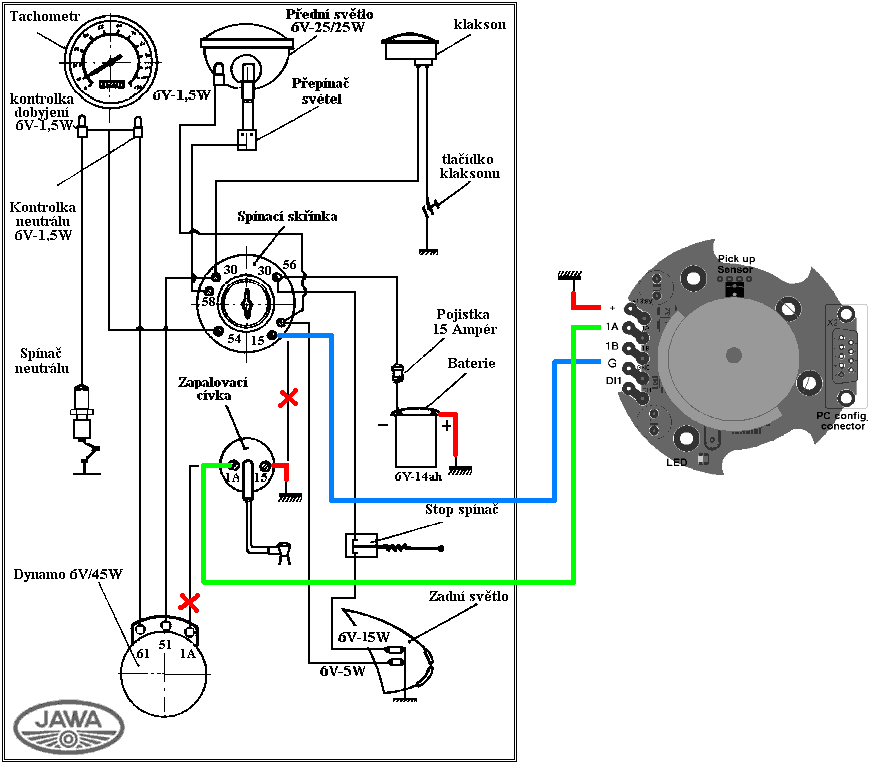 The advance set up

The last and the most important point in the installation are the proper settings of the ignition to serve all demanded functions perfectly.

The profile of all functions is saved in the ignition memory that keeps data even without power supply. The memory content is recorded from the Ignition Control program.

If the memory has never been recorded or the interruption of the last recording happened this state will be signalized by a short red flashing after switch-on. All set ups will then be given by a producer. The right memory content is indicated by a constant green light. The recording data from the computer is indicated by a red constant light. If the ignition changes into the protective mode (the engine is not running and the regime is allowed) the green indicator stops lightning (the inductors are not being excited). After getting the impulse from the rotation reading sensor the green indicator will switch on again (re-excitation).

The electronic ignition consists of many functions and their set-up can be realized by a personal computer with Ignition Control program. The computer communicates through the RS232 interface of speed 19200Bd. That is why the computer must have at least one COM port and/or USB/RS232 transducer. The application works under the Windows 95 or higher. It requires 4MB of empty space in hard disc. The minimum PC configuration is Pentium 166MHz, 32MB RAM is accurate. The course of the excitation is possible to set by your own modeling curve or by specifying a table. You can choose excitation in the range 20-95% of a round time. You can easily compensate the major disadvantage of inductive ignition which is a drop in current with an increase in speed. Suitable course adds excitation for start and then drops to idle excititation and then increases again with speed, see Predefined graph excitation waveforms. There is a function in Online visualization - Acceleration brake that realizes fast 5 second engine record with the calculation of the turn derivation (acceleration). It proportionately responds to torsional moment. Why you should use the Jawa - CZ - Trabant Ignition

Sign up your e-mail address for recieving a special offers.